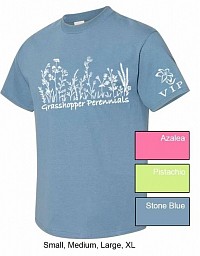 FREE T-Shirt with VIP Membership; can also be purchased without VIP sleeve graphic by anyone though for $15.00

Join the VIP and be ready for some extra perks with us.  You will receive a free Plant of the month for each month starting in March and continuing through December.

You will also receive the free Grasshopper VIP T-shirt to let everyone know that you belong to our elite group!

Additionally, any VIP has anytime access to Annie (me) for all plant and horticultural related questions.

Check out the VIP page to see what plants will be waiting for you and to sign up.  Cost is only $30.00 per year.

The tomatoes and peppers have put on a burst of growth since we've had some real sunshine this past week.

They are now ready for your gardens or containers.

I will be updating availabilities as each variety is put outside on the benches.

Check this page for the latest in whats here, what's to come, and what's being talked about. 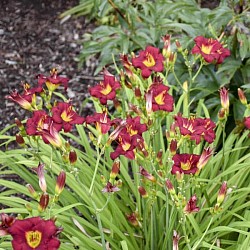 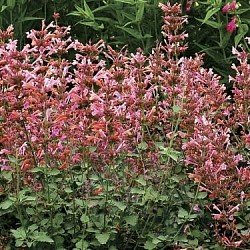 The Joseph Hill Azalea is one of my favorites.  I had them in stock for many years and then sold all but one.  The last one I was keeping for myself and placed it in the greenhouse to overwinter.

Then, I forgot about it and poor Joseph died from lack of water.  I was so upset...I had him for about 10 years...

Joseph Hill is a unique evergreen azalea for a couple of reasons:  It is  smaller growing, almost groundcover-like in its habit and is well suited to containers like hanging baskets.  Joseph puts on a beautiful show later in the season, AFTER most other azaleas are done blooming.

Azaleas in general, seem to be able to take more abuse than most people think if you meet certain criteria.  Plant them shallow, don't overwater, and don't place in blazing sun.  I have had azaleas overwinter even out of the pots, just laying on the ground.  They are quite forgiving as long as the criteria mentioned is followed and Joseph Hill is no exception.

I had gotten my original Joseph Hill cuttings from a nursery in Oregon. Van Veen Nursery is one of the few propagators of Joseph Hill.  I had lost contact with them for awhile, but this year, I tried to reach them again, and I succeeded.  So, now we are going to be getting a new supply of not only Joseph Hill cuttings, but several other Rhododendron and Azalea varieties.  I am so looking forward to their arrival hopefully by Mother's Day.

So....we will be having Rhodes and Azaleas for sale again, once these babies are in and growing...stay tuned.